RBC Capital Markets lowered its rating on shares of Anheuser-Busch InBev to sector perform from top pick on Thursday, saying “we’re not convinced that positive rating is still justified” after the stock’s recent rally.

“AB InBev’s margins were so high so early in its career as a European quoted company,” RBC analyst James Edwardes Jones said in a note to investors titled “Too Much Too Young.”

“We also refer to the rapidity of its rehabilitation from being an over-leveraged pariah.” 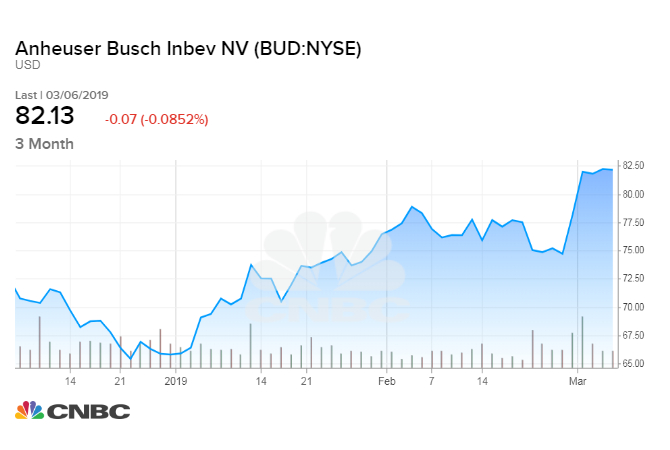 Jones praised the maker of Budweiser as “the best acquirer and integrator of businesses that we know,” but added that RBC no longer expects steady growth in Ab InBev’s margins.

“With little prospect of margin growth and valuation approaching our price target we downgrade to Sector Perform,” Jones said. “We remove AB InBev from the European Best Ideas list.”

RBC has a 75 euro ($84.81) price target on Anheuser-Busch shares, implying only modest upside from the current price.